Dr. Fouad El Khoury is currently a Consultant Urologist specializing in Uro-Oncology and Robotic Surgery at Saint George Hospital University Medical Center in Beirut. He is also the Scientific Director for the Middle East at ORSI academy (OLV Robotic Surgery Institute) in Belgium (www.orsi.be), the biggest worldwide robotic surgery training center.  He serves the educational field through his work as an Assistant Professor of Clinical Surgery at the University of Balamand’s Faculty of Medicine in Beirut. He has authored several scientific papers and is actively involved in national and international meetings and conferences.

For the last seven years, he has mastered minimally invasive genitourinary procedures (Robotic, laparoscopic, and endo-urologic) some of which are featured even in full length on Modern Care Clinic.

What is Robotic Surgery?

Robotic Surgery has been on the rise lately as a revolutionary tool in the field of medicine and surgeries. Its use has become the norm in many countries around the world. The term “Robotic Surgery” mainly refers to the case where surgeries are performed with the assistance of robotic systems allowing surgeons to perform complex operations through very miniature incisions and resulting in a better outcomes and enhanced patient recovery.

Robotic surgery is similar to laparoscopic surgery in the respect that they both use small incisions, a camera, and surgical instruments … Compared to traditional surgery, robotic surgery provides your surgeon with a greater range of motion and precision, which may lead to less bleeding and post-operative pain.

The first Robotic Surgery System to be adopted as a pioneer concept in the field of medicine was the “da Vinci Surgical System”.

How does it work?

The surgeon sits at a computer station and directs the movements of a robot; small surgical tools are attached to the robot’s arms. 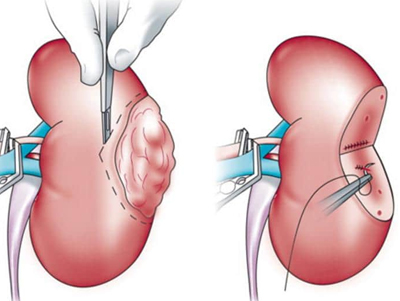